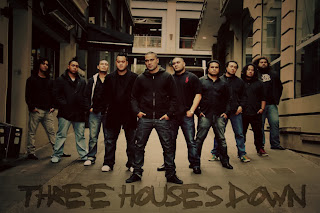 If you ever wanted to know what New Zealander’s dig when it come to Roots/Sunshine Reggae then Three Houses Down are all you need to hear. The band consists of 10 members, brothers of Tongan ancestry.

Nate catches up with Robert Pome’e, band leader, (thanks to Affro Mama for the hook up). He talks about the band’s new album called BREAKOUT and their upcoming tour. He also shares many interesting insights to many of the new songs on the album. The band state as their influences: Bob Marley, Gregory Isaacs, Dennis Brown, Burning Spear, Alpha Blondie, Lucky Dube, UB40, Morgan Heritage, Tigilau Ness.

And when asked what they sound like they say: Unique Horn and Harmony Laden Pacific Roots Reggae. Nice one guys. We start the episode off with some nice Rock Steady then get staright into the interview and music from THREE HOUSES DOWN … now listen up! Here tis’!

Three Houses Down on Bebo

Three Houses Down on MySpace

Thanks Gabe at muscialoccupation.com for the inspiration for this episode, its been a long time coming.

Now … Step up to the platter and spin some tunes that matter, the challenge is laid, don’t be swayed, sock it to me Gabe, show me what you got!

Alton Nehemiah Ellis, OD, (September 1, 1938 – October 10, 2008) was best knwon as one of the innovators of rocksteady music and was often referred to as the “Godfather of Rocksteady”.

Meshell hits up her first solo show with a MAD dancehall session takin u through the conscious vybn singjays and chanters that have made their mark on the genre. (GO FEET! Radio#56 Meshell’s Dancehall Special, Wed 4th Nov 09) 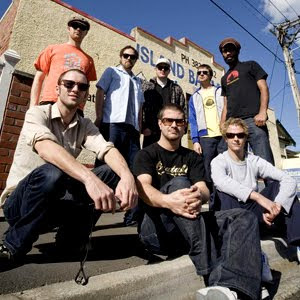 03. Stringbean and the Stalkers - Get off My Back Babylon

04. Barry and the Perpetrators - Woolly Bully

17. The Aggrolites - Ever Want To Cry

Download this episode
Posted by GFR at 1:50 PM No comments: 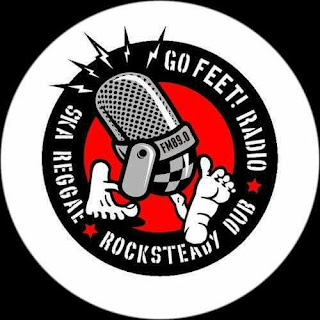